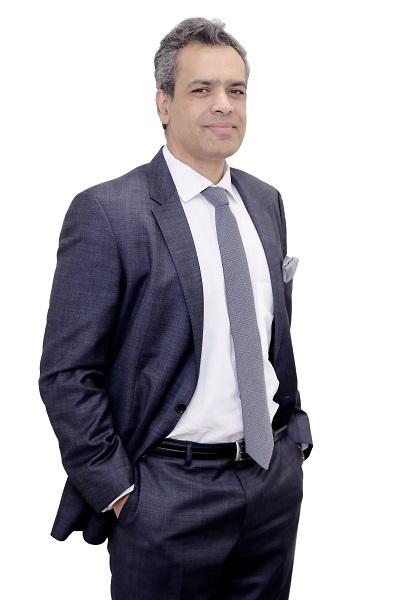 Sanjay is the Managing Director & CEO of RGF Executive Search, part of the 21B$ Recruit Holdings. He has a combined experience of twenty five years in both Industry and Executive Search. Sanjay joined RGF post the Company’s acquisition of the franchisee operations of Stanton Chase India where he led several CXO appointments in the Industrial and Consumer segments of the Industry. Sanjay comes to the table with an intrinsic understanding of the client’s industry and business that has helped many a client ramp up their leadership talent both in start-up and growth phases.

Sanjay cut his teeth at Kirloskar Systems in Sales where the Company manufactured medium voltage circuit breakers. He then entered the downstream oil industry initially at Castrol and then at ExxonMobil. He joined Exxon (Esso) in 1997 and was part of the start-up team in India. Sanjay played a critical role in starting Esso’s operations in South India by setting up office infrastructure and hiring sales personnel for key markets in the region. He also donned leadership roles in the Industrial sector and was Country Power Sector Manager. As Regional Sales Manager, Sanjay led his team to win two major Power Plant businesses in the South of India that was a landmark achievement for the Company. In 2002, upon the merger of Exxon and Mobil in India, he was transferred to the new entity’s headquarters in Gurgaon and was given the crucial role of leading technical relationship with Industrial OEMs. His last two stints at ExxonMobil included leading commercial business for both Industrial and Automotive OEMs where he stewarded relationship with key customers such as Volvo, Caterpillar, Toyota, Mercedes Benz, VW and Ford to name a few.

In late 2004 Sanjay took a cognitive plunge into the Search industry. He set up the then Delhi office of Stanton Chase ground-up and today as the India leader at RGF Executive Search, specializes in offering out-of-box solutions for clients, helping them in market entry, growth and turn-around situations particularly in the discrete manufacturing and consumer sector verticals of the Industry.

Sanjay is an Industrial & Production Engineer and has Post Graduate Certification in Business Management from XLRI. He an avid follower of space science, wildlife and geography in that order.