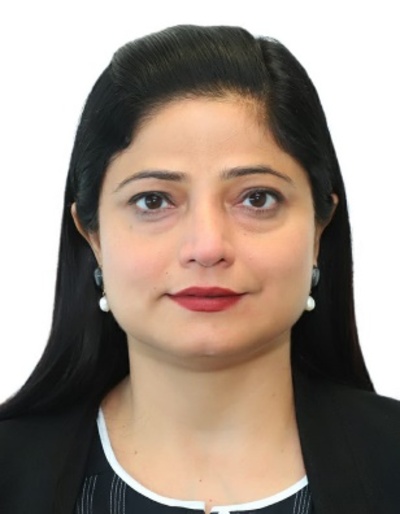 Anamika is based in the Gurgaon office and is part of firm’s Industrial practice. She has 24 years of experience in leading Strategic Business growth both inorganic and organic in marque Fortune MNCs. She has held progressive leadership roles in companies such as Bombardier, GE, Honeywell, Siemens, Hitachi and Schneider  consistently charting and driving Profitable growth in India, South East Asia & other Global markets through her expertise in Marketing, Strategy, Business Development, M&A, Branding & Licensing and P&L Management .

As P&L Leader she has led in roles such as Country Head - Rio Tinto (Mining & BPO), Head of Infra Group-Hitachi India and as Commercial & Marketing Director –GE India. At Schneider she was Vice President Strategy, Marketing, Energy Efficiency, Partnerships & Alliances. She led growth at Bombardier for Fast Growing Cities while based at Singapore and was Director Licensing at Honeywell. She brings in much versatility via her sector experience in Energy (Generation, T&D- Smart Grid), Renewables -Solar, Transportation, Water, Oil & Gas,  Security and Smart City coupled with acumen gained in IOT technologies too.

As a leader who is committed to Society, Anamika also led the Corporate Social Responsibility function at Schneider in 2016-17 as Board Director & Executive Head “Schneider Electric Foundation” While her skill sets cut across a broad range of functions, she has a further unique exposure to work and revel under diverse cultures with American, European and Japanese heritage.

An Instrumentation Engineer by qualification, Anamika also obtained a Master’s Degree in Women Directorship Program having been invited by the University of Hong Kong. She has also attended various leadership programs at Harvard, HCLI Singapore and IIM Bangalore.